"Gone with the Wind" actress Ann Rutherford dead at 94

LOS ANGELES — Ann Rutherford, the demure brunette actress who played the sweetheart in the long-running Andy Hardy series and Scarlett O'Hara's youngest sister in "Gone With the Wind," has died. She was 94.
A close friend, Anne Jeffreys, said she was at Rutherford's side when the actress died Monday evening at home in Beverly Hills. Rutherford died of heart problems and had been ill for several months, Jeffreys said.
Rutherford's death was first reported by the Los Angeles Times (http://lat.ms/MEPubi ).
Posted by Tim Nyhus at 5:07 PM No comments: 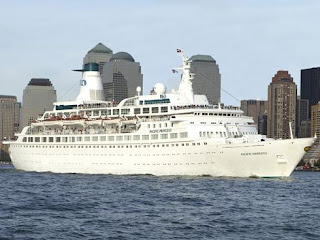 One of the most famous cruise ships of the modern era, the former Pacific Princess, is heading to the scrapyard, according to Italy's La Repubblica.
The news outlet says the 40-year-old vessel, recognizable to millions of Americans as the "Love Boat" of 1970s television, has been sold to a Turkish demolition company for just over 2.5 million euro -- about $3.3 million at current exchange rates.
The 19,903-ton, 600-passenger ship, tiny by today's standards, has been languishing at a dock in Genoa, Italy for more than a year. The vessel last sailed for Spanish-based Quail Cruises after changing hands a couple times since sailing for Princess Cruises from 1975 until 2002.
p://travel.usatoday.com/cruises/post/2012/03/pacific-princess-love-boat-scrap/643520/1
Posted by Tim Nyhus at 8:33 PM No comments:

Robert B. Sherman Dead: 'It's a Small World' Songwriter Dies at 86

Robert B. Sherman Dead: 'It's a Small World' Songwriter Dies at 86

LONDON (AP) - Songwriter Robert B. Sherman, who wrote the tongue-twisting "Supercalifragilisticexpialidocious" and other enduring songs for Disney classics, has died. He was 86.

Email ThisBlogThis!Share to TwitterShare to FacebookShare to Pinterest
Labels: Obituaries

And the Oscars go to 3 secret bidders 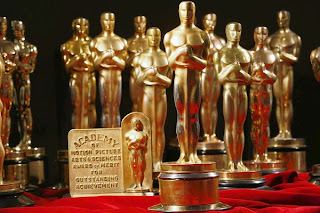 The largest collection of Oscar statuettes ever offered for public sale has been auctioned off for more than $3 million, a Brentwood auctioneer said Wednesday.

The 15 golden figures were sold to three individuals in a sale conducted online, said auctioneer Nate D. Sanders. The auctioneer would not disclose the identities of the bidders. 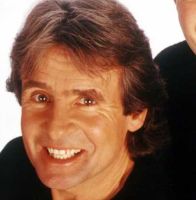 Davy Jones -- forever young and forever beloved by fans the last 50 years -- has died, according to Reuters. Age: 66. The cause of death was apparently a heart attack.
Posted by Tim Nyhus at 1:20 PM No comments: 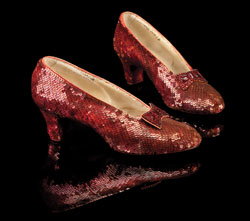 Beverly Hills, CA – The Academy of Motion Picture Arts and Sciences has acquired a pair of the iconic ruby slippers from "The Wizard of Oz" for the Academy Museum of Motion Pictures. Actor Leonardo DiCaprio led a group of "angel donors" whose gifts to the Academy Foundation enabled the purchase. In addition to the Leonardo DiCaprio Foundation, a component fund of CCF Environmental and Humanitarian Causes, donations came from producer-director Steven Spielberg and Terry Semel, co-chair of LACMA and the former chairman and CEO of Warner Bros. and Yahoo!, along with other donors.
"The ruby slippers occupy an extraordinary place in the hearts of movie audiences the world over," said Bob Iger, president and CEO of the Walt Disney Co. and chair of the capital campaign for the Academy Museum of Motion Pictures. "This is a transformative acquisition for our collection."
"Leo's passionate leadership has helped us bring home this legendary piece of movie history," added Academy CEO Dawn Hudson. "It's a wonderful gift to the Academy museum project, and a perfect representation of the work we do year-round to preserve and share our film heritage."
These slippers, known as the "Witch's Shoes," are in the most pristine condition of the four pairs of ruby slippers known to exist. It is widely believed that these are the slippers Judy Garland wore in close-ups and insert shots, most famously when Dorothy clicks her heels three times to return to Kansas. They are called the "Witch's Shoes" because they are likely the pair seen on the feet of the Wicked Witch of the East after Dorothy's house falls on the witch.
After production of the film ended in 1939, the ruby slippers were stored on MGM's Culver City lot for the next three decades. Several pairs of slippers were discovered in 1970 by costumer Kent Warner while he was preparing for that year's historic auction of MGM costumes, props and other production-related items. One pair of slippers was sold at the auction and was donated anonymously to the Smithsonian in 1979.
Warner kept the finest pair – the "Witch's Shoes" – in his private collection for more than a decade before selling them at auction in 1981. They were sold again in 1988 to another private collector, and have been displayed publicly only a handful of times in the years since, most notably at the National Portrait Gallery and the Library of Congress. The 2012 sale to the Academy was handled by auction house Profiles in History.
Last October, the Academy and the Los Angeles County Museum of Art announced plans to establish the Academy Museum of Motion Pictures inside the historic May Company building, currently known as LACMA West. The building has been a Los Angeles landmark since its opening in 1939, the same year "The Wizard of Oz" premiered.
Posted by Tim Nyhus at 1:11 PM No comments: 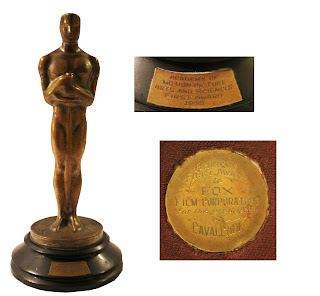 A record 15 Academy Award statuettes were sold to the highest bidders during an online and telephone sale conducted Tues. February 28th by Nate D. Sanders Auctions.