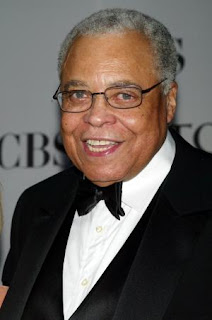 Beverly Hills, CA (August 2, 2011) – The Board of Governors of the Academy of Motion Picture Arts and Sciences voted tonight to present Honorary Awards to actor James Earl Jones and makeup artist Dick Smith and the Jean Hersholt Humanitarian Award to philanthropist Oprah Winfrey.  All three awards will be presented at the Academy’s 3rd Annual Governors Awards dinner on Saturday, November 12, at the Grand Ballroom at Hollywood & Highland Center®.
Born in Arkabutla, Mississippi, Jones made his film debut in 1964 in Stanley Kubrick’s "Dr. Strangelove or: How I Learned to Stop Worrying and Love the Bomb."  In 1970, he earned an Academy Award® nomination for his role as boxer Jack Jefferson in "The Great White Hope."  Jones has appeared in more than 50 feature films including "Claudine," "Conan the Barbarian," "Field of Dreams," "Coming to America" and, as Vice Admiral James Greer, "The Hunt for Red October," "Patriot Games" and "Clear and Present Danger."  Additionally, Jones has also voiced some of the most iconic characters in motion pictures including Darth Vader in the Star Wars trilogy and Mufasa in "The Lion King."
Known as the "godfather of makeup," Smith began his career in 1945 as NBC’s first makeup man.  He is known for his makeup artistry on such films as "The Godfather," "The Exorcist" and "Taxi Driver."  In 1984 he won an Oscar® for his work on "Amadeus," and received a nomination for "Dad" (1989).  As an educator, Smith helped train many of today’s Academy Award-winning and nominated makeup artists including Rick Baker, Greg Cannom, Kevin Haney, Kazuhiro Tsuji, Mike Elizalde and Carl Fullerton.
Since receiving her Oscar nomination for her debut film performance in "The Color Purple," actress, television host and producer Winfrey has gone on to establish herself as one of the most influential figures in entertainment and philanthropy. She has been especially dedicated to supporting educational initiatives and raising awareness of issues that affect women and children, both in the United States and around the globe.  Her philanthropic efforts have included Oprah’s Angel Network, the Oprah Winfrey Foundation, and the Oprah Winfrey Leadership Academy for Girls, which opened in South Africa in 2007.
The Honorary Award, an Oscar statuette, is given to an individual for "extraordinary distinction in lifetime achievement, exceptional contributions to the state of motion picture arts and sciences, or for outstanding service to the Academy."
The Jean Hersholt Humanitarian Award, an Oscar statuette, is given to an individual in the motion picture industry whose humanitarian efforts have brought credit to the industry.
The Governors Awards presentation will be produced for the Academy by writer-director Phil Robinson with Charlie Haykel and Juliane Hare of Don Mischer Productions.